One of my favourite things to draw is shadows. I like to use a pipette and "Quink" ink or proceon dye, trace the shadow of leaves as they are cast onto a sketchbook page and then fill in the spaces with ink either as a solid silhouette, or in a way the describes the plant.

I get fascinated by the way the shadows move, you can play with scale and even bend the shadows over different surfaces.

My phone has a really powerful torch so I can just shine that through the leaves and try and hold it steady when there is a composition I like on the sketchbook page. 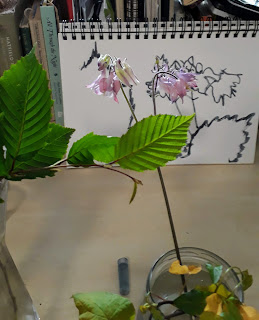 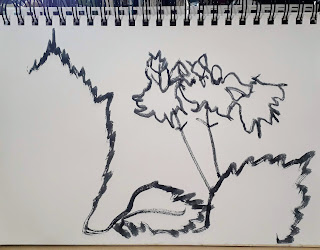 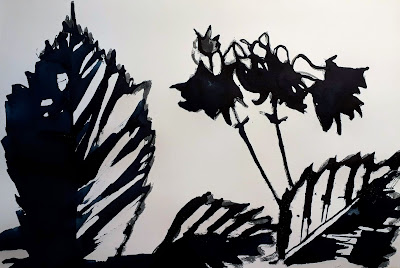 This particular composition was inspired by and artist called Paul Morrison, who plays with scale, and black and white organic imagery reminiscent of book illustrations but blown up to an architectural scale. 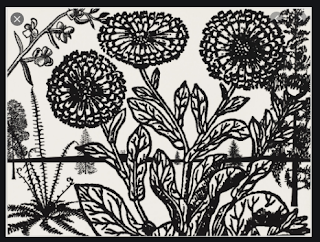 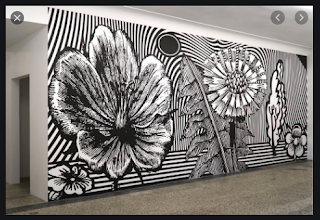 Shadows are a recurrent interest of mine, one aspect of which I would love to spend more time exploring is shadow puppets... just leaving this here, the 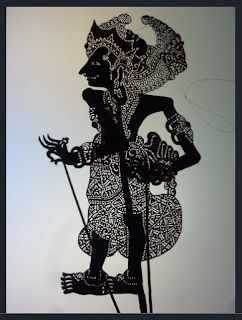 The history of humanity - as told through one hundred objects from the British Museum in London - is in South East Asia. This week Neil MacGregor, the museum's director, is with the objects from across the world around 400 years ago that explore the relationships between religion and society. Today he is with a shadow puppet from the Indonesian island of Java, asking how a puppet watched by a predominantly Muslim audience is a character from a Hindi epic.